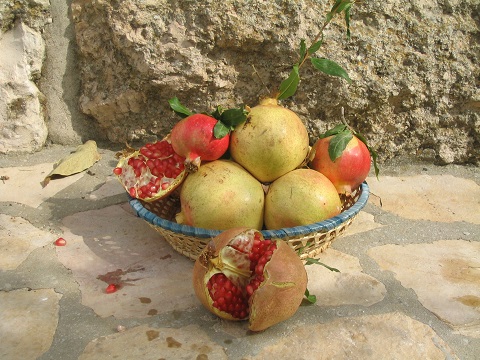 Yom HaTeruah falls on the First Day (Rosh Hodesh) of the Seventh Biblical Month. It is translated alternatively as "The Day of Shouting" or "The Day of Trumpets". The Rabbis call it "Rosh HaShanah" (the Jewish New Year), though this interpretation has no support whatsoever in the Tanach.

So what is this elusive holiday, mentioned only twice throughout the Torah and so unclear that the Rabbis felt compelled to give it the extra and incorrect meaning of the Jewish New Year?

The key to understanding Yom HaTeruah is to understand the full implication of two words which occur in Leviticus 23:24: remembrance (zikaron) and noise-making (teruah).

The concept of teruah, or noise-making, is found many times throughout the Tanach, and is not necessarily connected to the making of noise on a shofar (animal horn). In Numbers 10:5, we see that the teruah is a loud blast on the silver trumpets, used to signal the movement of the camps of Israel in the desert. Likewise, in Numbers 10:9, we see that Israel is commanded to make a loud blast (teruah) on the silver trumpets when going out to war, "and you shall be remembered before Yehowah your God and saved from your enemies."

Notice something very interesting about the above verse: by making a loud blast (teruah) on the silver trumpets, we are remembered before Yehowah; and, as we saw above in Leviticus 23:24, Yom HaTeruah is also called a "remembrance through noise-making" (zikaron teruah). Therefore, Leviticus 10:9 is the second time in the Torah that we see a connection between noise-making (teruah) and remembrance (zikaron). We will return to this very important point below, but let us first explore more uses of teruah in the Tanach.

Perhaps one of the most famous uses of the word teruah comes from the story of Yehoshua (Joshua) and the walls of Jericho. After an elaborate six-day ritual in which the Cohanim (Priests) circled the walls with the ark of the covenant, blasting on the shofar, and the people joined them but remained silent, on the seventh day, the Cohanim circled the walls six times and then on the seventh time, "the people shouted and [the Cohanim] blew the shofars and when the people heard the sound of the shofars they shouted a great shout (teruah gedolah) and the wall came tumbling down and the people went up into the city..." [Joshua 6:20].

Other places where teruah appears are: In First Samuel 4:5, the ark of the covenant is brought out to the battle against the Philistines accompanied by a great shout (teruah gedolah) from the people. (The ark is then captured by the Philistines and brought to Ashdod.) In Second Samuel 6:15, King David and the entire house of Israel bring the ark up to the City of David (Jerusalem) "with shouting (teruah) and the sound of the shofar." Psalms 81:2 says, "Sing to the God of our strength, shout (hariyu — from the same root as teruah) unto the God of Jacob." And in Psalms 100:1, we read, "Shout (hariyu) unto Yehowah, all the earth."

In summary, we can conclude that the word teruah means "the making of loud noises", either by shouting or on a musical instrument such as a shofar or a trumpet.

The second key word for us to understand in piecing together the puzzle of Yom HaTeruah is zikaron, or remembrance, since the holiday is called "zikaron teruah" (a remembrance through noise-making) in Leviticus 23:24. Why is the holiday called a "remembrance"? Is it a remembrance of some event, just as Hag HaMatzoth (The Festival of Unleavened Bread) is a remembrance of our exodus from Egypt? Or are we supposed to remember something, and if so, what? As it turns out, it is neither. Rather, what we are doing on Yom HaTeruah is asking Yehowah to remember us, and we accomplish this by "getting his attention" through shouting out to him, whether on the offical silver trumpets of the Priests, on animal horns (shofar), with our own voices, or by any other means at our disposal.

The idea of being remembered by Yehowah can be seen extensively throughout the Torah, and a couple of examples will help us put this into focus. In Genesis 8:1, after Noah had been floating in the ark for 150 days, the Torah says, "And Yehowah remembered Noah and all the wild and domesticated animals which were with him on the ark, and Yehowah caused a wind to pass over the earth and the waters diminished." Had Yehowah really forgotten about Noah? Was He too busy playing pinochle with the angels? No, of course not. Rather, the word "remembrance", when applied to Yehowah, implies the deliberate turning of Yehowah's attention towards a particular individual (or group) at a certain point in time, often, in order to pay him back for some good or bad that he has done in the past. In this case, Yehowah is turning his attention towards Noah and remembering him for the fact that he was "righteous in his generation" (Genesis 6:9).

So we see that gaining the attention or "remembrance" of Yehowah is a common concept in the Tanach. And we saw earlier, in Numbers 10:9, that one of the ways to gain his remembrance is by making loud noise (teruah), i.e. calling out to him. But why do we need to gain Yehowah's remembrance specifically on the first day of the Seventh Biblical Month?

Tying it All Together — The Case of the Half Shekel

In Exodus 30:11-16, Moses is commanded to collect a half shekel of silver from every Israelite who is counted during a census: "So everyone who passes through the census shall give a half shekel according to the shekel of the sanctuary (20 gerahs is the shekel), a half shekel as a donation to Yehowah" [Verse 13]. What is the purpose of the collection of this half shekel? Verses 16-17 tell us explicitly: "And you shall take this money of atonement (kippurim) from the children of Israel ... and it shall be for the children of Israel as a remembrance (zikaron) before Yehowah, to atone for your souls."

So, by giving the half shekel during a census count, we are remembered before Yehowah, and when he remembers us, he grants us atonement. (Why we need atonement for our souls during a census count is a story in and of itself, but suffice it to say that throughout the Tanach, taking a census is closely associated with going out to war, a time of high danger when it is best that our souls be clear of any negative "karma".)

One of the fundamental tenets of Karaite analysis of the Torah is contextual analysis: nothing is meant to or can be understood in a vacuum. Just as this applies to words and verses in the text itself, so it applies to all aspects of the Torah.

If we properly place the holiday of Yom HaTeruah in context, we see that it, too, does not occur in a vacuum. Rather, it is followed, ten days later, by Yom HaKippurim (The Day of Atonement). This explains why we are calling out to Yehowah to remember us on Yom HaTeruah: in order that he may grant us atonement ten days later on Yom HaKippurim. Also, Yom HaTeruah does not fall on just any day of the month, it falls on the first day of the month — and it is the only holiday throughout the entire biblical year to do so. Thus, we may think of Yom HaTeruah as the "opening ceremony" of a very important month in the biblical year: the Seventh Month, which begins with shouting to the heavens for remembrance from Yehowah on Yom HaTeruah, reaches its climax when Yehowah (hopefully) grants atonement for our souls on Yom HaKippurim, and then, after atonement has been granted, culminates with the seven-day harvest celebration of Sukkoth and, lastly, ends with one final day of contemplation and celebration to close out the month — the "closing ceremony" of the Seventh Month, Shemini Atzereth.

With that in mind, I wish all the house of Israel, and all the people throughout the world, a Seventh Month filled with happiness, atonement, joy, celebration and connection to Yehowah, creator of the heavens and the earth.

This Article Has 4 Comments

I can't believe there are no comments yet on this article. The article is so well thought out and constructed, the wisdom and the work that went into this writing surely deserves a comment. Thank you Melech ben Ya'aqov for a wonderful work that certainly drew together the meaning and depth of Yom HaTeruah for me. May YHVH bless you and your work. [There were comments, but we were having problems with our database. The problems are now fixed. -ed]
3

Interestingly, this is very similar to the Rabbinic version of the holiday. It merely strips the "New Year" portion, but retains the "beseeching God" element, which is the main focus of the Rabbinic prayers on that day.
1

This is a wonderfully written article. Great insight.